ALBERT WATSON
“A Lifetime of Imagery” 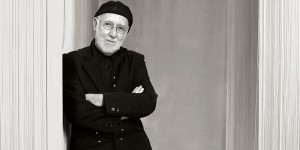 Albert Watson has made his mark as one of the most successful fashion, commercial and art photographers during the last four decades, with his striking, diverse work featured in galleries and museums worldwide. Over the years, his photographs have appeared on more than 100 covers of Vogue and been featured in countless other publications, from Rolling Stone to Time and many of the shots iconic portraits of rock stars, rappers, actors and other celebrities. The photo industry bible, Photo District News, named Albert one of the 20 most influential photographers of all time, along with Irving Penn and Richard Avedon, among others.

Albert also has created the photography for hundreds of advertising campaigns for major corporations, such as Prada, the Gap, Levi’s, Revlon and Chanel, and he has directed many TV commercials and shot dozens of posters for major Hollywood movies, such as “Kill Bill” and “Memoirs of a Geisha.” All the while, Albert has spent much of his time working on personal projects, creating stunning images from his travels and interests, from Marrakech to Las Vegas to the Orkneys. Much of this work, along with his well-known portraits and fashion photographs, has been featured in museum and gallery shows. He has won numerous honors, including a Lucie Award, a Grammy Award, three Andys, a Der Steiger Award, and the Centenary Medal, a lifetime achievement award from the Royal Photographic Society.

Born and raised in Edinburgh, Scotland, Albert studied graphic design at the Duncan of Jordanstone College of Art and Design in Dundee, and film and television at the Royal College of Art in London. Though blind in one eye since birth, Albert studied photography as part of his curriculum. In 1970, he moved to the United States with his wife, Elizabeth, who got a job as an elementary school teacher in Los Angeles, where Albert began shooting photos, mostly as a hobby.

Later that year, Albert was introduced to an art director at Max Factor, who offered him his first test session, from which the company bought two shots. Albert’s distinctive style eventually caught the attention of American and European fashion magazines such as Mademoiselle, GQ and Harper’s Bazaar, and he began commuting between Los Angeles and New York. In 1975, Albert won a Grammy Award for the photography on the cover of the Mason Proffit album “Come and Gone,” and in 1976, he landed his first job for Vogue. With his move to New York that same year, his career took off.

Albert’s photographs have also been featured in many group shows at museums, including the National Portrait Gallery in London, the Metropolitan Museum of Art in New York, the Pushkin Museum of Fine Arts in Moscow, the International Center of Photography in New York, the Brooklyn Museum, and the Deichtorhallen. His photographs are included in the permanent collections at the National Portrait Gallery, the Metropolitan Museum of Art, the Smithsonian, the Scottish Parliament, and the Deichtorhallen, among others. 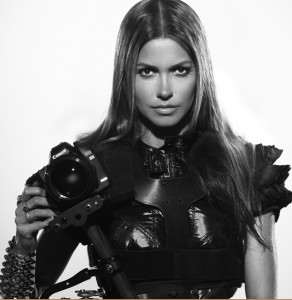 Award-winning director and photographer Indrani Pal-Chaudhuri is renowned for her iconic imagery and visionary storytelling.

Born in a Calcutta, India, to a historic Indian family and a mother working with Mother Theresa, Indrani was raised between glamorous galas and comforting the dying. At 14, she began traveling the world as a model-actress to learn photography and filmmaking, and she studied philosophy at spiritual centers along the way. At 18, she returned to India for a 6 month meditation and photography pilgrimage, and donated all her earnings to co-found a charitable women’s empowerment foundation, Shakti Empowerment Education, providing primary and secondary education to 300 impoverished children, literacy and vocational training for women, and a free homeopathic clinic.

In 2010 Indrani branched out on a solo career as a director of films, music videos and commercials. Her first commercial for Keep A Child Alive against AIDS in Africa and India, along with a stills campaign, raised over a million dollars in under a week and won 2 Gold Lions at Cannes. Indrani’s recent subjects include Lady Gaga, Beyonce, Eva Mendes, Anne Hathaway, Kate Winslet, Will Smith, Katie Holmes, Jennifer Lopez, Alicia Keys, Jay-Z, and Kanye West. Ad campaigns include Lancome, Elizabeth Arden, L’Oreal, Pantene, Barney’s NY, LVMH, Anna Sui, Hugo Boss, Shiseido, Puma, Nike and Pepsi. Her work has been featured on Larry King Live, Showbiz Tonight, Access Hollywood, E! News, Extra!, Inside Edition, CNN, America’s Next Top Model, Make Me A Supermodel, VH1’s The Short List, Style Me, Fashion Television, The “It” Factor, CBS, USA Today, and more.

DOUGLAS DUBLER
“In Pursuit of the Perfect Print” 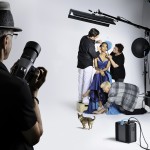 Douglas Dubler is a fashion, beauty and fine art photographer living in New York City where he works on editorial and advertising assignments. He is on staff at The School of Visual Arts and is a consultant for numerous industry manufacturers such as Broncolor, Epson, Fuji, Leaf, Mamiya, Nik Software, Olympus, Panasonic, Sony, Nikon and X-Rite.

For over thirty-five years Dubler’s innovative techniques have been seen in cosmetic ads for many major cosmetic houses including LVMH, Max Factor, Revlon, Clairol, Coty, Redken, Avon, Maybelline and Cover Girl . He has produced magazine covers for all of the major women’s fashion magazines. He has won awards from the Starch Report, Communication Arts, Art Directors Club and Clio.

His in-depth understanding of light, exposure and color have provided him with the tools to develop an ultra-high quality approach to digital photography that is an extension of the fastidious workflow he developed for his mastery of analog film. Douglas’s fine photography is currently represented by Mertens Fine Art in Montecito, California (www.mertensfineart.com).

PIERCE TURNER
“music and me” 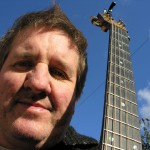 Pierce Turner is an international award winning and critically acclaimed composer, songwriter and performer. Based in New York, he is originally from Wexford, Ireland. Two years ago Philip Glass performed with him at Carnegie Hall and the pair perform a duet on his latest album “Songs For A VerRRy SmaLL ORchestra.” Liam Fay of the Sunday Times said “He has created what I confidently believe to be the finest body of work in contemporary Irish music bar none.” Pierce is currently writing a book of stories about his life and the source of his songs. Visit www.pierceturner.com for more information.

FREDERICK S. LANE
“Digital Media and the Death of Privacy” 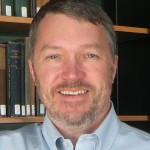 Frederick Lane is a nationally-recognized expert on privacy and the impact of emerging technologies on society. He is an author, attorney, educational consultant, expert witness, and lecturer who has spoken to colleges, universities, and school districts around the country on a variety of issues, including student safety, electronic misbehavior, and digital privacy. Lane has written seven books, including most recently “Cybertraps for the Young” and “American Privacy: The 400-Year History of Our Most Contested Right.” He is currently finishing the manuscript entitled “Cybertraps for Educators.” During the course of his writing career, he has appeared as a guest on a variety of national media programs, including: Comedy Central’s “The Daily Show with Jon Stewart”; ABC’s “Nightline” and “Good Morning America Weekend”; CBS’s “60 Minutes” and “Sunday Morning with Charles Osgood”; NBC’s “Today Show” and “Weekend Today.” Lane now lives in Brooklyn, NY with his wife, Dr. Amy Werbel. Additional information at www.FrederickLane.com.

GAIL MOONEY
“Taking Your Doc from Idea to Reality” 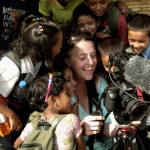 Gail Mooney is a photographer/filmmaker and co-partner of Kelly/Mooney Productions, based in the NYC area. Gail has shot for major corporations, institutions and magazines such as the National Geographic, Smithsonian and Travel & Leisure. A lifelong storyteller, Gail began her career as a still photographer. In 1999 Gail began exploring motion and has fully integrated her business since then. Opening Our Eyes is Gail’s first feature film, and won 2012 Best Documentary at the Los Angeles Women’s Film Festival. The trailer has been seen in over 150 countries! Gail is 1st VP on the national board of ASMP and on the advisory boards of YPA and Brooks Institute. 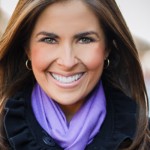 Jessica Abo is an award-winning television journalist and dogged social change agent. As an on-air anchor and reporter at NY1 News, Jessica has covered everything from breaking news to Fashion Week. You may recognize Jessica from her guest appearances on Nurse Jackie and Gossip Girl. Last year, Jessica played a TV reporter in Kristen Wiig’s Girl Most Likely and in Vince Vaughn’s Delivery Man. Her next movie will be out in May. She received her bachelor and master degrees from Northwestern University‘s Medill School of Journalism. When she is not in the newsroom, Jessica stays busy speaking around the country on how to be a changemaker. She has raised hundreds of thousands of dollars for a variety of causes around the globe by running marathons and organizing her own charity events. Her last gala helped people in need of a bone marrow transplant find a perfect match. After spending years volunteering for non-profits, coaching executives looking for a career change and helping singles find their soul mate, Jessica founded Match 4 Good, Inc. – a boutique consulting firm with a social and philanthropic twist. In her free time, you will find Jessica on a bike at SoulCycle or working on her first book, which she is co-authoring with her close friend, attorney Richard Bernstein. To learn more about Jessica, visit jessicaabo.com, or follow Jessica on Twitter @jessicaabo. 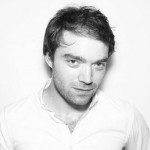 Seth Porges is cofounder and CEO of Cloth [http://clothapp.com]. He is also a longtime technology writer and television commentator. He worked as editor of Maxim magazine, and as an editor and columnist at Popular Mechanics. He has also contributed to dozens of publications, including Wired, InStyle, Men’s Health, Men’s Journal, BusinessWeek, Forbes, Fast Company, Mashable, and Rolling Stone. He appears as a regular guest on MSNBC, CNBC, and Fox News, he can be seen on 5 television series that are in rotation on the History, Discovery, National Geographic, Military, and Travel channels. Recently, Seth produced a viral documentary series on the world’s most dangerous theme park [http://mashable.com/2013/08/28/action-park/]. Follow him on Twitter at @sethporges 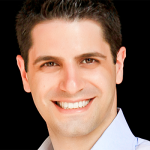 Jon is an internet loving, adventure seeking, travel junkie. By day, he is a mild mannered Digital Strategist at Rodale but but in his free time he works on fun projects.

For the past year and a half he has been traveling every month to the worlds greatest events (Grand Prix, Art Basel, Sundance, Burning Man, Running of the Bulls, Cannes, etc.) and has barely survived to tell the tales.

When he is not getting hit by bulls in Pamplona or visiting festivals, he spends most of his time convincing people to cook dinner with him.

More than three years ago he founded The Influencers Dinner, an invitation only dining experience that brings together extraordinary people from different industries to participate in a meal they will never forget. 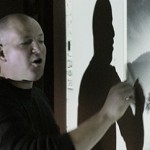 Jean Miele is an artist who uses photography to explore the borderlands between fiction and reality. Miele’s personal interest in perception, spirituality and mysticism have inspired and informed his artwork since the mid-1980s. Drawing on 19th & 20th century ideals and employing 21st century techniques, Miele strives to create strong, quiet images, intended to remind us that we are all being called upon to be awake, alive, and fully aware. Miele’s photographs have appeared in thousands of publications, have been exhibited internationally, and acquired by collectors worldwide. In addition to his fine-art and commercial work, Jean is an educator whose workshops, seminars, and one-on-one instructionals demystify digital and empower students to realize their own photographic vision. Miele has taught for: Adobe; Apple Computer; ICP; the Maine Media Workshops; and many others. For more information, and to see photographs, visit: www.jeanmiele.com.