ASMP New York is pleased to announce that Photographer and Artist Jean Miele will be speaking at IDEA SHARE in New York City on March 1, 2014.

In Jean’s own words: 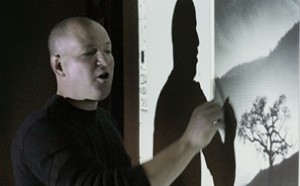 I use photography to explore the borderlands between fiction and reality. My personal interest in perception, spirituality and mysticism have inspired and informed my artwork since the mid-1980s. Drawing on 19th & 20th century ideals and enthusiastically embracing 21st century techniques, I strive to create beautiful prints of strong, quiet images – intended to remind us that moments of perfection are possible, in photography, and in our lives.

My pictures have appeared in literally thousands of publications, including recent articles in “Fotografi,” Norway’s premiere photo magazine, and the Houston Center for Photography’s journal: “Spot,” and have been exhibited internationally and acquired by collectors worldwide. Solo shows include “The Vintage Series: Scientific Inquiries;” “Classical Landscape Photography and the Digital Darkroom” (seen by more than 100,000 visitors at the Fernbank Museum in Atlanta, Georgia); “Seeing Is Believing” (the first solo show by an American artist at Oslo’s “Fotografiens Hus” gallery); and “Vestiges of Industry.”

In addition to making fine-art and commercial work, I’m pretty well-known as an teacher whose workshops, seminars, and one-on-one instructionals demystify digital and empower students to realize their own photographic vision. I’m proud to have taught for: Adobe; Apple Computer; ICP in New York; the Maine Media Workshops; the Santa Fe Workshops; Fuji USA; Anderson Ranch; the Norwegian Fotografiakademiet; and many others.

I live in Brooklyn, with my wife Carol and grown-up daughter Cally, and I travel often, continually adding images to several ongoing bodies of work. I’m American. And in case you were wondering, my name’s pronounced “Gene.” ; )

Gene’s presentation will focus on “What Does Intuition Look Like?” 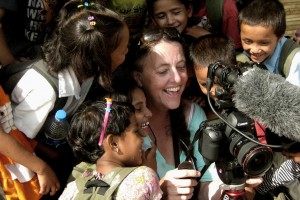 ASMP New York is pleased to announce that Photographer and Filmmaker Gail Mooney-Kelly will be speaking at IDEA SHARE in New York...
Copyright 2014 ASMP New York.
Back to top