ASMP New York is pleased to announce that Author, Attorney, Lecturer Frederick S. Lane will be speaking at IDEA SHARE in New York City on March 1, 2014. 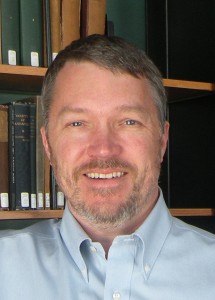 Frederick Lane is a nationally-recognized expert on privacy and the impact of emerging technologies on society. He is an author, attorney, educational consultant, expert witness, and lecturer who has spoken to colleges, universities, and school districts around the country on a variety of issues, including student safety, electronic misbehavior, and digital privacy. Lane has written seven books, including most recently “Cybertraps for the Young” and “American Privacy: The 400-Year History of Our Most Contested Right.” He is currently finishing the manuscript for a new book entitled “Cybertraps for Educators.” During the course of his writing career, he has appeared as a guest on a variety of national media programs, including: Comedy Central’s “The Daily Show with Jon Stewart”; ABC’s “Nightline” and “Good Morning America Weekend”; CBS’s “60 Minutes” and “Sunday Morning with Charles Osgood”; NBC’s “Today Show” and “Weekend Today”; as well as numerous local and national radio programs. During his 23 years as a resident of Burlington, VT, Lane served for 10 years as a member of the Burlington School Board, including two years as Chair of the Board. Lane now lives in Brooklyn, NY with his wife, Dr. Amy Werbel. He graduated from Amherst College in 1985 with a degree in Classics and American Studies, and from Boston College Law School in 1988.

Additional information about his work is available on his Web site, www.FrederickLane.com.

ASMP New York is pleased to announce that Photographer, Filmmaker & Philanthropist Indrani Pal-Chaudhuri will be speaking...
Copyright 2014 ASMP New York.
Back to top